I am writing this editorial while sitting in the gorgeous Hotel Roosevelt in Hollywood, which is filled with art deco splendor and the geeky people that form part of my community. I had just spent a delightful morning talking to the Writers of the Future finalists about what it takes to start your career in the publishing industry, alongside other speakers such as Jody Lynn Nye, Nancy Kress, and Larry Niven. Mike Resnick had been a regular judge for the contest, and had often found new writer children amongst its finalists. I couldn’t help but feel a sense of coming full circle when I spoke to the fledgling authors in my capacity as editor for Galaxy’s Edge, trying to fill the large shoes that Mike had left for me in his passing.

This issue I am absolutely thrilled to be publishing the winning story of The Mike Resnick Memorial Award for Best Science Fiction Short Story by a New Author. This year was the inaugural award and we had some phenomenal entries, with Z.T. Bright taking home the gorgeous winner’s trophy for his evocative short story, “The Measure of a Mother’s Love.” Lucas Carroll-Garrett was first runner up with “Hive at a Dead Star,” and the second runner up position went to New Zealander, Christopher Henckel, for “Echoes of Gliese.”

We had the pleasure of meeting and spending time with Lucas, and the two other finalists, Torion Oey and Shirley Song, at Dragon Con during the Labor Day weekend in Atlanta, where I had the joy of handing the three authors contracts to purchase their stories for Galaxy’s Edge! I had always intended to publish the winner in our magazine, but I had not expected to be blown away by all our finalists. As new writers in this field, their stories really showcased their talent, so in future issues you will be able to read their notable entries. I hope you will love them just as much as the Galaxy’s Edge publishing team and our astute judges—Bill Fawcett, Jody Lynn Nye, Lois McMaster Bujold, Nancy Kress and Sheree Renée Thomas. We cannot thank the judges enough for their participation and expertise—for one of the most enduring legacies of Mike Resnick, other than his lasting fiction, is to continue to discover and nurture new talent in the industry.

Z.T. Bright’s short story tells the poignant tale of a Chinese woman living on an Orbital Station off-planet, who, when dealing with the potential loss of a second child—an alien foundling she had discovered during her last visit to the Earth’s surface—has to learn the meaning and importance of sacrifice. Italian author, Fulvio Gatto, gifts us with the fascinating story of an autistic’s man’s scientific creation that ends up improving his life—if profoundly changing it—for the better. And Alex Shvartsman (whose upcoming novel, The Middling Affliction, will soon be published by this magazine’s sister imprint, Caezik SF & Fantasy) delights us with the utterly charming lesson-in-the-form-of-a-story, about being careful what you wish for—especially when summoning a demon in “The Going Rate.” I dare you not to laugh. Let me just say one word: wildflowers!

Oghenechovwe Donald Ekpeki’s novelette, the thought-provoking “O2 Arena” will show you the lengths you would go to in order to save the one you love, even in a dystopian future Nigeria. It will explore how your actions will change you, for better or for worse. This piece of fiction is a riveting confluence of personal experience and fantasy, and when you read his biography in the magazine, you will see how accomplished this young man has become in a relatively short time period. I haven’t specifically counted his award nominations this year alone (he has already won several of them!), but just know it is many. He has been nominated for almost every major award the field has to offer this year.

Once again, we are privileged to include Chinese editor Yang Feng’s story recommendation, the English translation of Dhew’s “The Algorithm of Everything”, as well as Tami Veldura’s “To Heaven and Back Again” (which I would love to write more about, but I am running out of words)! Then we round out the fiction in this issue with some reprints that will get you in the mood for the upcoming festive season. Mike Resnick’s “Winter Solstice” is one of his daughter’s favorite pieces and it will wriggle its way into your heart. And “Substitutions” by Kristine Kathryn Rusch, and “My Favorite Christmas” by Dave Wolverton will help you explore the fantastical side to the season. (Kris’s story in particular was the first story of hers I read, and it has stuck with me ever since.)

Along with our regular columnists, L. Penelope and Gregory Benford, and reviewer, Richard Chwedyk, I couldn’t be more excited to announce that Jean Marie Ward interviewed the incomparable Charlaine Harris this issue. Not only are her words inspiring and insightful, but I can’t think of a better way to end this editorial then to say that the honor of being able to publish words by such wonderful authors makes my job as editor such an unbridled joy.

Delivered directly to your Kindle reader

Paper subscriptions directly through the publisher

Change of address (paper only).

Cotnact Weightless Books or Amazon for changes to your digital subscriptions. 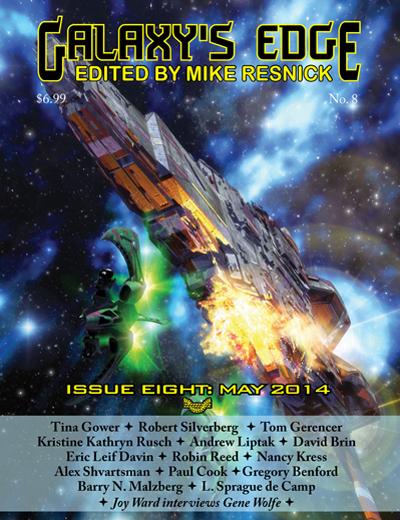 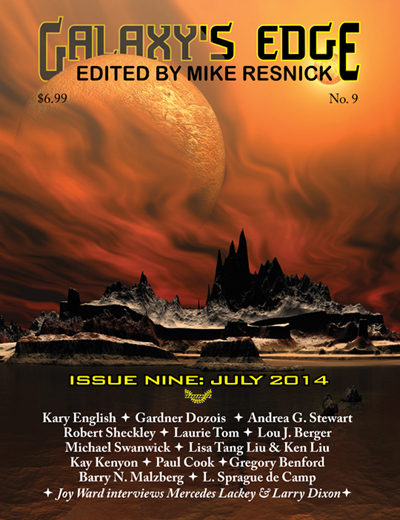 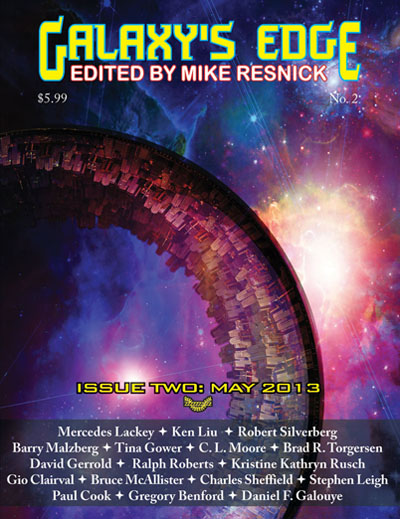 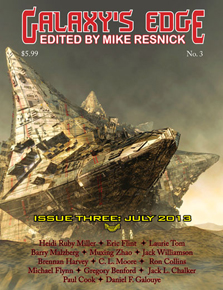